Recent years have shown huge rise in the amount of data being generated each day. With technology reaching every part of the household through mobile phones and smart devices like Smart TVs, Smart Washing machines, Alexa etc., the data generated by user each day is huge. This data would make no sense unless it is analyzed and presented to the user in appropriate way useful to them. The data is collected in various forms and from various sources. It is structured and unstructured. Using this data as is could prove to be challenging. This is the reason due to which Big Data and Data Science go hand in hand. Data Scientists break the big data into usable information and create software and algorithms to analyze this data for end-users to make sense out of it. As seen in the DIKW Pyramid, it is important to generate Wisdom from this data through Information and Knowledge. Data Science is the domain which plays a major role in this process. 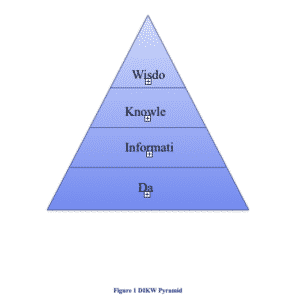 Data Science is a field which uses scientific methodologies, algorithmic techniques, systems and processes to extract knowledge and insights from the structured and unstructured data. The field is closely related to statistics and mainly consists of preparing the data for analysis, actual data analysis and presenting data in high level forms to the end user. This can be majorly categorized into the following steps,

There are various techniques, languages, frameworks, visualization tools and platforms to perform the listed operations. The programming languages used for data science prove to be an important tool to implement several algorithms and realize various data science functions. Every programming language differs in terms of syntax, ease of use, readability, capabilities, suitability towards particular operation etc.

Following are the top 6 Data Science programming languages for year 2021,

Additionally there are other languages which are trying to be in this race and it worth a mention. They are C/C++, Julia, Statistical Analytical System (SAS) etc. Few concluding remarks could be made as below,

deepan
Previous Post
Why is Python the language of choice for artificial intelligence?
Next Post
7 Reasons You Should Use Python Programming Language

Menu
We use cookies to ensure best user experience. Continue to use this site if are happy with it :)Ok